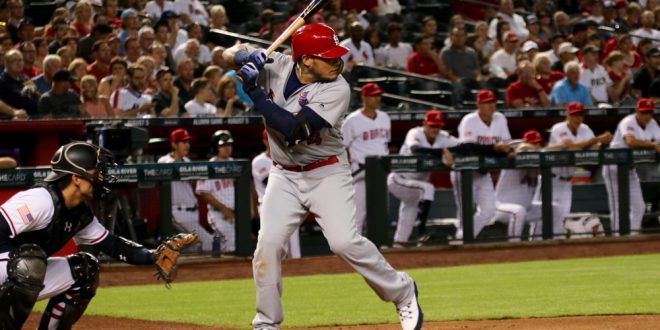 DeJong homers, Cards break away in 7th to beat D-Backs 7-1

(AP) Paul DeJong homered to cap a six-run burst in the seventh inning and the St. Louis Cardinals broke away from the Arizona Diamondbacks 7-1.

St. Louis had lost six of seven before beating the team with baseball’s worst record. The Diamondbacks, who have won just once on the road since April 25, have lost 22 of 24 overall.

It was 1-all when Edmundo Sosa opened the St. Louis seventh with a double off reliever Alex Young and moved up on a sacrifice. Dylan Carlson hit a line drive just out of the reach of drawn-in second baseman Eduardo Escobar for a go-ahead single. Paul Goldschmidt added an RBI single, Yadier Molina hit a two-run double and DeJong followed with a two-run homer.