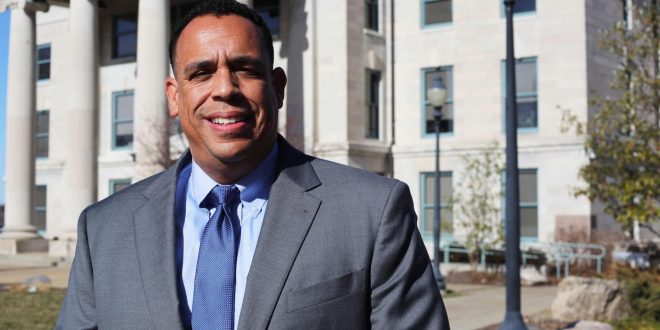 A local attorney is the Democratic candidate in the race for Columbia’s next state rep.

David Tyson Smith is running against libertarian Glenn Nielson in a special election on April 6. It’s to replace Kip Kendrick, who announced two weeks after he was re-elected in November he would leave the job to serve as chief of staff to state Senator Greg Razer.

Smith says he thinks he can work with other lawmakers despite a Republican super-majority in the House.

“I represent people here [and] all over mid-Missouri, so we go out to rural counties where you have rural prosecutors, and so you have to really establish a rapport with people, and that’s the name of the game,” said Smith.

Smith says, if elected, his main focuses will include getting funding for public schools and expanding Medicaid, which voters approved last year.