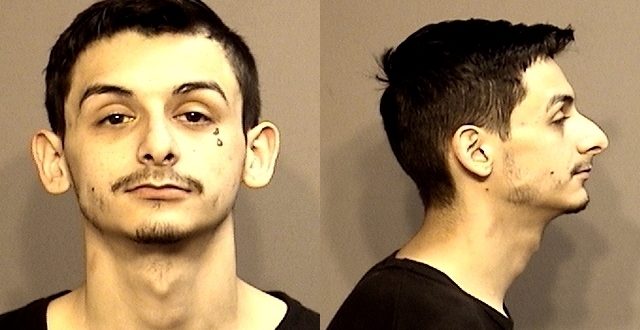 A Columbia shots fired suspects is now in jail.

Juan Gonzales-Pimentel, 22, was arrested Thursday after a traffic stop on Paris Road. He’s charged with first degree assault, armed criminal action, unlawful use of a weapon, and violation of a restraining order.

A warrant was out for him after an investigation on Eastland Circle just southwest of the I-70 connector on January 28. The victim reported being on a porch when Gonzales-Pimentel showed up with a gun. The victim ran, and Gonzales-Pimentel allegedly fired a shot that hit the victim’s car then tried to block the car from leaving.