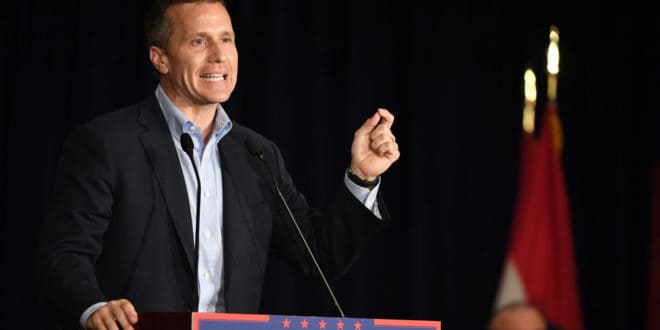 (AP) An ethics investigation has found “probable cause” that disgraced former Missouri Gov. Eric Greitens’ campaign broke the law by not reporting that it cooperated with a political action committee in 2016.

The Missouri Ethics Commission found that ads paid for by LG PAC “were express advocacy or its functional equivalent,” and that they were done “in cooperation” with Greitens’ gubernatorial campaign.

The commission said there’s probable cause that Greitens’ campaign violated finance laws by not reporting those ads as a gift.

The commission says it doesn’t have evidence that Greitens knew about the issues but that he’s ultimately responsible. Greitens says the findings exonerate him.