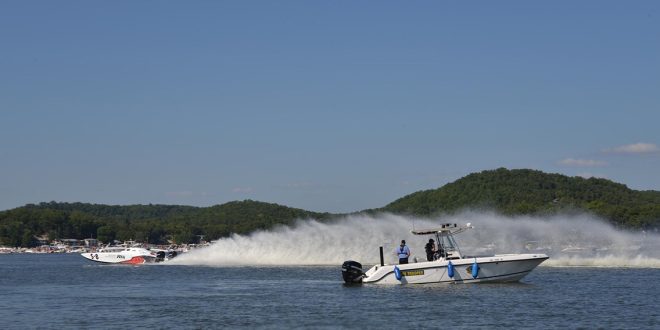 The Missouri State Highway Patrol says every available trooper will be on the water during the long Labor Day weekend, including at the Lake of the Ozarks.

“We just ask people (to) be considerate of the other folks out there on the lake, whether it be swimmers or people in kayaks or personal watercraft, whatever the case may be. Just be aware of that,” Hotz says.

Captain Hotz says there were nine boating crashes in Missouri during the 2021 Labor Day holiday period. Those crashes included one fatality and four injuries.

You’ll notice the extra Missouri state troopers at and on the Lake of the Ozarks during the entire Labor Day weekend. Captain Hotz tells 939 the Eagle that boaters should also watch their wakes.

“People on personal watercraft or other types of vessels can actually be ejected from the vehicle they are traveling on by the wake that comes across their vessel,” says Hotz.

Captain Hotz expects a busy boating weekend at the Lake and statewide.