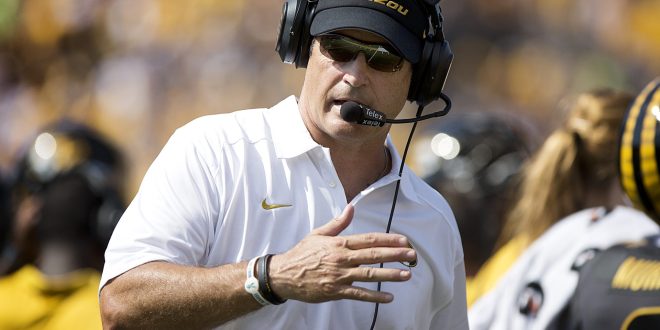 The winningest football coach in both Mizzou and University of Toledo history will travel to Las Vegas next week to be inducted into the National Football Foundation college football hall of fame. Former Mizzou coach Gary Pinkel tells 939 the Eagle’s “Wake Up Mid-Missouri” that he’s humbled.

“I have a lot of friends coming. I coached at (the University of) Washington for 12 years. I got some players, coaches, I got my family. All my family is going. And just very, very deeply honored,” Pinkel says.

Pinkel also served as an assistant for Hall of Fame coach Don James for 12 years at Washington, a team that dominated the PAC-10 during that time. Pinkel tells “Wake Up Mid-Missouri” that the best advice he ever received came from Coach James, as Pinkel was leaving Washington for the Toledo job in 1991.

“He looked at me and says yeah, when things get tough, and they’re going to get really, really tough. You wake up every day, hour by hour, focusing on doing your job. You can’t let anything in. If you let anything in, it’s going to be very difficult to be successful,” says Pinkel.

The induction ceremony is Tuesday evening in Las Vegas. Click here to listen to our full “Wake Up Mid-Missouri” interview with Pinkel.