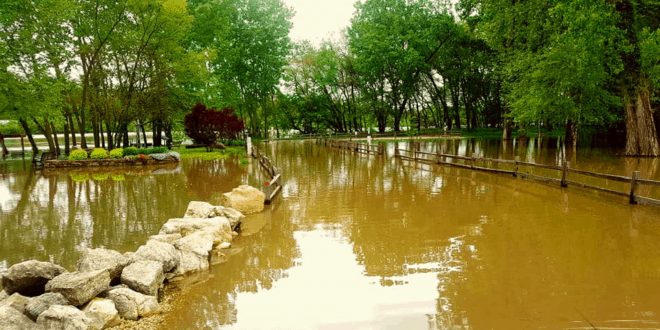 Expect the Missouri River to stay high around here until at least December. That’s according to the U.S. Army Corps of Engineers.

State agriculture director Chris Chinn says don’t forget about all of the snow that fell recently in the Dakotas.

“We’re all praying that we have a light winter so there isn’t going to be a lot of additional snow, so that our farmers here in Missouri have that needed break to get their levees built, to get back in their homes, to do that cleanup process,” Chinn says to Missourinet.

The Grand Forks Herald reports 27 inches of snow fell at one point in part of North Dakota.