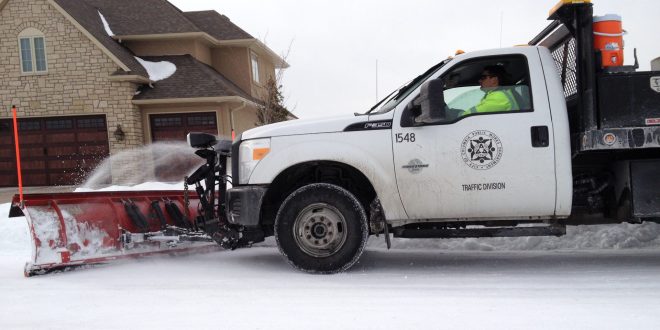 Mid-Missourians have been following the advice of the National Weather Service (NWS) and others to stay off the road during the winter storm.

Columbia, Jefferson City, Fulton, Moberly and most of the 939 the Eagle listening area remain under a winter weather advisory until 6 am Sunday, and freezing rain/sleet continues to fall along the I-70 corridor.

A Missouri State Highway Patrol Troop F dispatcher tells the Eagle that troopers have assisted five stranded motorists and worked six non-injury crashes since 7 this (Saturday) morning, across the 13-county region. Traffic has been light in Columbia and elsewhere, which has given public works crews time to treat roads and bridges.

The wintry mix has also cut down on expected snow amounts. Columbia, Jefferson City, Fulton and Mexico can expect light now and light sleet for the rest of the afternoon, and temperatures will continue to drop.

A 22-member Columbia Public Works crew continues to treat priority routes, along with bridges and intersections. They reported for duty at 6 am, and are working a 12-hour shift.