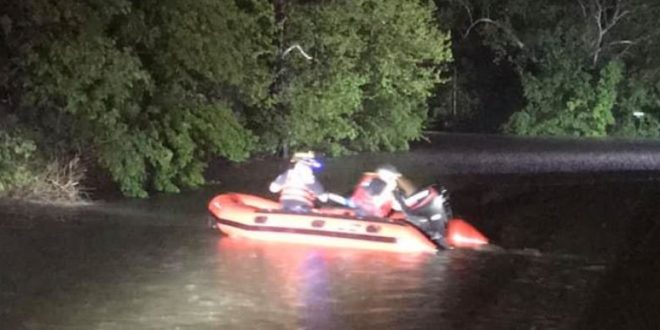 Jefferson City firefighters pull a woman from a car caught in flood waters.

Authorities say stay away from any roads that have flooded because of all the rain we got yesterday (tue). Columbia Regional Airport recorded 2.4″, which just missed the record set Apr. 30, 1970 of 2.49″. More rain is in the forecast through Friday.

New flood warnings are out all over, including the Missouri River in Jefferson City and Glasgow. They’re now forecast to stay above the flood stage for the next several days.

Governor Parson on Tuesday signed an executive order giving the state some flexibility to ease certain rules and regulations during flood recovery through June 30.