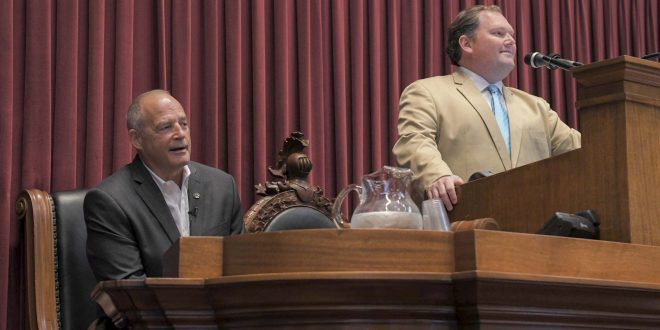 A bipartisan resolution honoring the winningest coach in Mizzou football history has been approved by the Missouri House. Wednesday’s House vote was 142-0. One member voted present.

“Whereas he joined Coach Bear Bryant and Coach Steve Spurrier as one of only three coaches in college football history to hold the most wins for two collegiate football programs,” Gregory says.

Pinkel is also the winningest football coach in Toledo history, and earned MAC coach of the year twice.

Missouri House members in both parties are praising the impact that Pinkel had on the program and on academic progress. State Rep. David Tyson Smith (D-Columbia) says the citizens of Columbia support the resolution 100 percent.

“And it changed the culture of our city, and really raised the bar for what winning means. And no longer do we really settle for mediocrity, there’s still that yearning to be great again. So what he did was incredible,” Smith says.