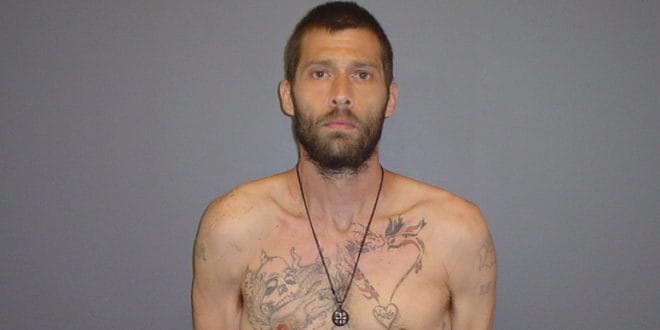 A Fulton man is accused of a criminal triathlon.

Zach McReynolds allegedly stole a golf cart on Gross Place at about 1:30 a.m. and hit the owner with it. Then he ran off.

Authorities then say they spotted McReynolds in a stolen car. He drove for a little while, then allegedly ran through some woods to Morningside Lake. Officers say he swam for a little bit, then changed his mind, turned back, and was arrested.

McReynolds, 37, is in jail on several charges with no bond. He also allegedly gave officers a false name at first, claiming to be his brother, Jeffrey.