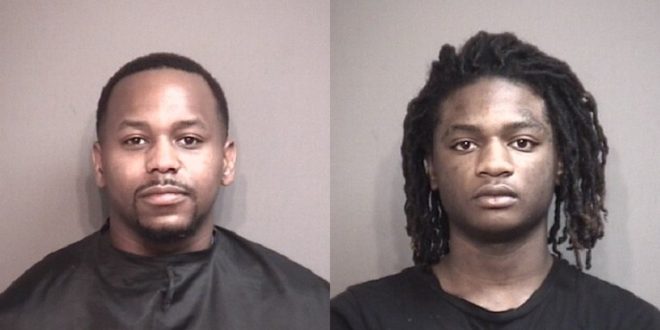 Hearings were scheduled for Monday afternoon for a couple Columbia burglary and shooting suspects.

Derail Thomas, 28, and Julian Shumpert, 18, are both looking at several charges. Police say the suspects forced their way in a home on Garth Avenue near Broadway early Friday. Someone apparently got shot too, but we are waiting for more details on that.

CPD also investigated some shots fired on Highland Drive early Friday. A car sped away from the scene soon after the gunshots. Officiers detained Larry Brownlee Jr., 25, and Daravion Fajardo, 25, on suspicion of resisting arrest. They are now out on bond.