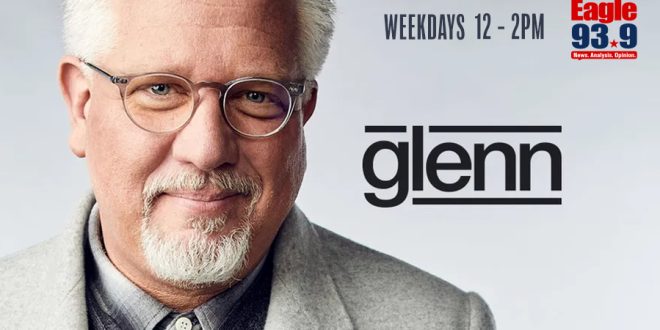 Based in New York City, Glenn Beck is casting a tall shadow as the next phenomenon of talk radio.

The former Top 40 DJ entered the talk format in 2001 and already his show is broadcast nearly 200 stations nationwide. Millions of listeners are drawn to this modern-day story teller who is armed with a quick wit, an informed opinion, and a unique ability to inspire others to experience their full potential with an open heart. His on-air presence is both commanding and inviting — a trait he has been refining for the last 27 years.

Glenn started in radio when he was only 13 years old by winning a local radio contest to be a DJ for an hour. Soon after that auspicious day, Glenn had three jobs — one at a Christian station, a Rock station, and a Country station — all of which his parents had to schlep him to in their home state of Washington. He was fired from all three jobs — on the same day when he was 14 years old!

After high school graduation, Glenn pursued his career as a Top 40 DJ at stations all over the country. Eventually, he landed an opportunity in Corpus Christi, Texas, as the youngest morning guy in the U.S. at 18 years old. His career was soaring and took him to Top 40 morning shows in Baltimore, Houston, Phoenix, Washington, and New Haven, Conn. He rode the wave of professional success into the 1990s when things began to change. Today, Glenn points out, “When you have that kind of success that early in life, it’s easy for you to turn into a monster. And I did! I was not a good guy.”

At the age of 30, Glenn lost his passion for radio — and everything else — as alcoholism and drug addiction took him over.

Struggling to find some answers to his problem, Glenn pursued higher education. Though he was accepted by Yale as a Theology major, he lasted only one semester, faced with a divorce from his first wife and separation from his two daughters — the oldest with Cerebral Palsy. He was emotionally and financially decimated and relegated to one of the smallest radio markets. The shooting radio star had fallen to Earth.

Finally, he turned to a program of recovery. Coming to terms with his past and staying sober shifted his life direction. He found a new love (his second wife, Tania), religion (he was baptized Mormon in 2000), and a new vision of his career — he would pursue talk radio.

Soon after his baptism, Glenn received a call from an agent who was interested in representing him. Days later, he had an offer to host his own talk radio show on WFLA-AM in Tampa, Florida, forcing him to move away from his daughters in New Haven. He and Tania decided to live in Tampa for two years and then, whether Glenn succeeded or failed, they would move closer to his girls.

He inherited the 18th placed position at WFLA-AM and took it to the #1 position in his first year, giving the station its highest ratings ever. Within 18 months, Premiere Radio Networks, the leading radio syndication company in the country, offered Glenn the opportunity to go national. In January 2002, The Glenn Beck Program launched on 47 stations.

He also kept his promise to his daughters and moved the national show to Philadelphia. The Glenn Beck Program, which airs weekdays from 8 a.m. to 11 a.m. CT, is now ranked as the 3rd most listened to talk show in America among Adults 25-54.