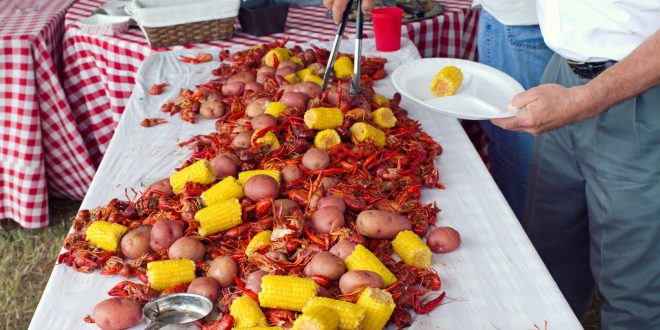 About 500 expected at Saturday’s crawfish boil in downtown Columbia

A Louisiana-style crawfish boil is planned for Saturday in downtown Columbia to benefit Love Coffee, which provides jobs and job training to mid-Missourians with disabilities.

“Cameron Bevan, the executive chef at Glenn’s Café, is going to boil up some crawfish and shrimp and potatoes and corn on the cob and green beans,” McMurry says.

Mr. McMurray, who co-founded the Love My Job training center, tells 939 the Eagle that the unemployment rate for those with disabilities is double that for the general population. He says his employees are grateful for their jobs, and always show up daily and on-time.

“They’ve just been incredibly committed and loyal. And they bring such a wonderful perspective to work. The relationships that develop are very important, and frankly it lifts the morale of everyone involved,” says McMurry.

McMurry tells 939 the Eagle that they’re preparing food for about 500 people. Saturday’s fundraiser is from 4-9 pm in front of the Tiger Hotel downtown. It’s sponsored by Glenn’s Café and the hotel. A general admission ticket is $15 and the boil is $35.