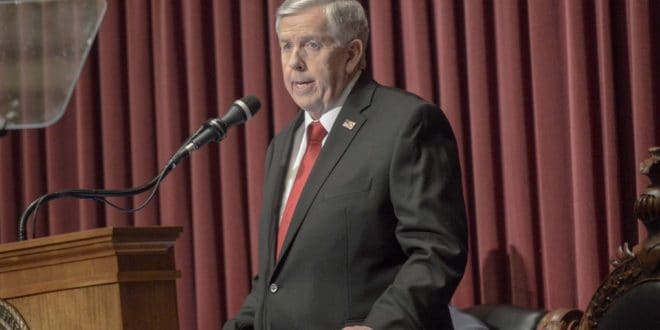 Gov. Mike Parson was among the Missouri politicians condemning protesters that breached the U.S. Capitol during the Electoral College certification Wednesday.

“I am a law and order guy,” said Parson. “You don’t violate the law. There’s rules and regulations, and you have to abide by them.”

Share
Previous Trump says his term is ending, transition will be orderly
Next Local lawmakers react to U.S. Capitol violence