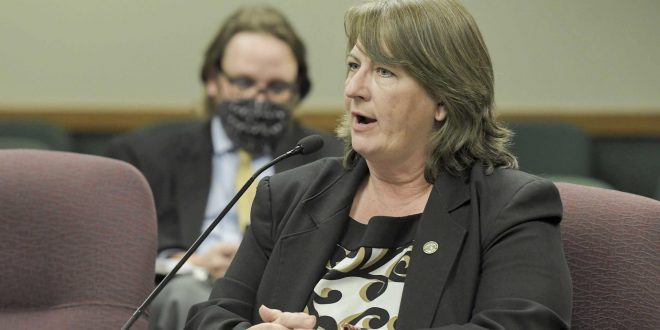 A mid-Missouri state lawmaker who serves on the House Elections Committee wants to see the Legislature approve voter ID next year.

State Rep. Cheri Toalson Reisch (R-Hallsville) spoke on the Eagle’s “Wake Up Columbia,” saying there has been voter fraud in Missouri and nationwide. She also pushes back against critics of voter ID.

“You cannot go to the Roots N Blues Festival unless you are vaccinated, have a negative test and photo ID,” Reisch says.

The Missouri House gave final approval this year to legislation requiring a photo ID and the use of a paper ballot, but that bill died in the GOP-controlled Missouri Senate.