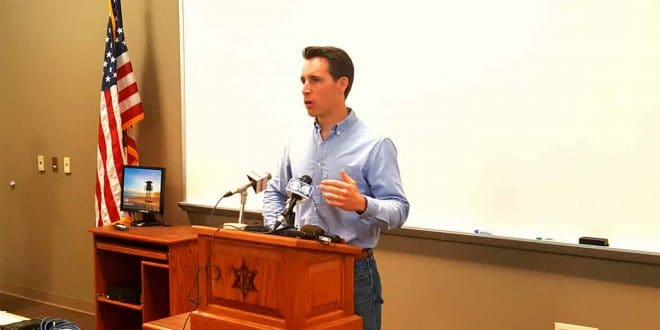 (AP) — Facing waning support from longtime backers and donors in the wake of the attack at the U.S. Capitol last week, Republican Missouri Sen. Josh Hawley has defended himself in a newspaper column, accusing the media and the “Washington establishment” of deceiving Americans into calling him an “insurrectionist.”

Hawley’s column appeared in the Southeast Missourian, a daily newspaper in Cape Girardeau, Missouri. It marked the first time Hawley has publicly defended himself since the brutal attack on Jan. 6 when a mob of President Donald Trump’s supporters stormed the U.S. Capitol following the president’s rally.

Hawley says the allegations against him are “corrosive and dangerous.”