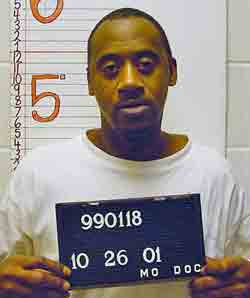 COLUMBIA, Mo. (AP) – Missouri Attorney General Josh Hawley is asking the full Eighth U.S. Circuit Court of Appeals to review the case of a death row inmate who claims lethal injection would be unconstitutionally cruel due to his medical condition.

The Columbia Daily Tribune reports that Hawley has requested an en banc review in the case of Ernest Lee Johnson, who was convicted of killing three Columbia convenience store workers during a 1994 robbery.

An appeals court panel ruled in August that a lower court mistakenly dismissed Johnson’s appeal in 2016.

Johnson argues that Missouri’s lethal injection drug, pentobarbital, could trigger seizures because he has part of a benign tumor in his brain, and surgery to remove the rest of the tumor in 2008 forced removal of a substantial amount of brain tissue.