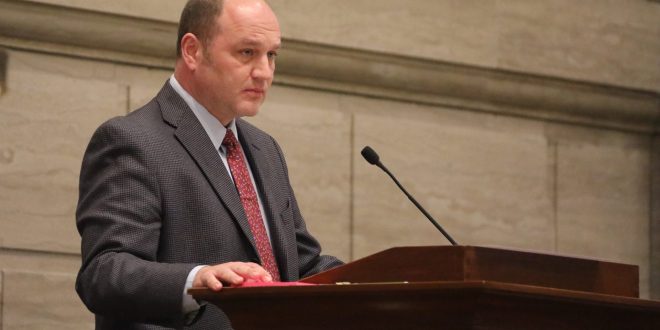 “There’s 30-plus states now that do allow sportsbook where you can bet on the MU Tigers or the Kansas City Chiefs or the St. Louis Cardinals or the Royals or Blues and things like that,” Senator Hoskins says.

Meantime, Missouri lawmakers could also tackle the issue of horse racing this year.

While 60 percent of Missouri voters approved pari-mutuel horse wagering in 1984, a horse track has never been built in Missouri. Senator Hoskins, whose district includes nearby Howard County, would like to see it happen.

“There’s been a little bit of interest in horse racing. If that’s something that my colleagues are passionate about and want to have horse racing and a horsetrack here in Missouri, I’m definitely willing to listen,” says Hoskins.

Hoskins says other states have combined horse racing with slot machines and with Sportsbook. An example is Fanduel in Collinsville, Illinois, which used to be known as Fairmount Park.