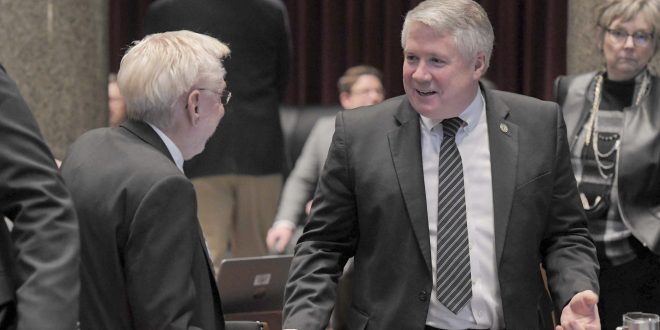 Legislation that would change the requirement for passage for constitutional amendments proposed by lawmakers or the initiative petition process has been heard by a Missouri House committee.

Chairman Evans’ House Joint Resolution 102 is a top priority for Missouri GOP lawmakers, who say a simple majority is too easy for special interest groups to change the state Constitution. Democratic lawmakers oppose the change, saying that initiative petitions are necessary when citizens can’t get the Legislature to act on an issue.

Previous A league without Tom Brady seems like a foreign concept, and it could come soon
Next Why Chiefs receiver Tyreek Hill had to pivot this season