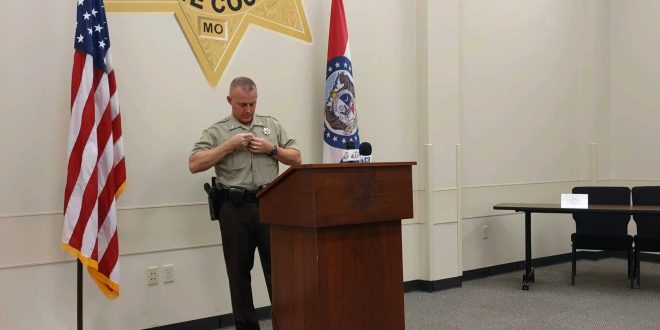 Boone County Sheriff’s deputies say a Kaiser couple murdered in their home near the Lake of the Ozarks are related to one of suspect JT McLean’s ex-wives.

Authorities say McLean is suspected of killing the Kaiser couple, as well as the gruesome August murders of Fulton teacher Allison Abitz and her daughter Jozee.

South Dakota authorities say McLean was found dead in a stolen vehicle early Thursday in a motel parking lot, as South Dakota state troopers and sheriff’s deputies closed in on him.

“However, we are working with the agencies mentioned previously today (at the press briefing) to try to put together the timeline and gather all information and evidence that we can to put together a complete investigation into the deaths of Allison and Jozee,” Captain Leer says.

Leer tells 939 the Eagle that McLean was in mid-Missouri this week.

ABC 17’s Lucas Geisler traveled to Dakota Dunes on Thursday to interview authorities and to review court documents. ABC-17 reports evidence seized from the stolen truck that McLean was driving include a white cord and rubber straps, along with a flashlight smeared with blood. The evidence obtained in the search warrants are expected to be used in the murder investigations in Boone and Miller counties.