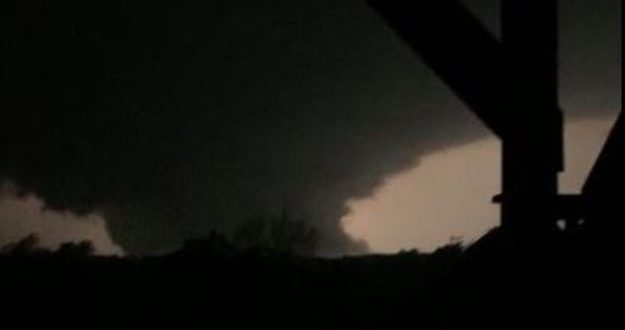 This is a photo of the tornado on May 22, 2019 near the small town of Eugene (file photo courtesy of Jaclyn Morrow)

Jefferson City’s mayor is encouraging citizens to use the three-year tornado anniversary to practice emergency plans with their friends and family. Sunday was the third anniversary.

Mayor Carrie Tergin says families with a home plan should practice it regularly to stay prepared.

Cole County’s presiding commissioner says God was watching over Jefferson City on May 22, 2019, the night an EF-3 tornado struck. Commissioner Sam Bushman notes there were no fatalities that evening and that the tornado missed a hospital, state office buildings and the Dulle/Hamilton towers.

The National Weather Service (NWS) in St. Louis says the tornado packed an estimated peak wind of 160 miles per hour, destroying 240 homes and businesses. More than 1,000 volunteers turned out on the Saturday after the tornado to remove debris and to help tornado victims.

Previous No arrests yet in weekend Columbia shooting
Next Top Columbia banker: we’ve seen no indication yet of a recession