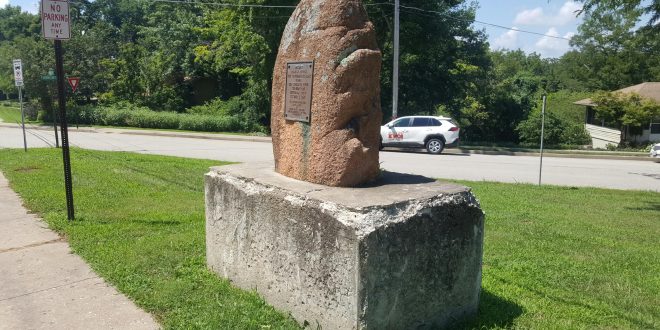 Confederate marker on Moreau Dr. in Jefferson City in Sept. 2020

Jefferson City didn’t waste any time bringing down the Sterling Price marker following the vote of the city council Monday. The council voted 8-2 to remove the Moreau Drive marker that signified when Confederates turned away from attacking during the Civil War.

Councilman Ron Fitzwater is concerned the ‘anti’ crowd has its sights set on other icons.

“Our city is named after an individual that has been gone after in other communities,” said Fitzwater. “Will it happen here? I hope not. That’s not what you would be led to believe if you look at what’s going on around the country.”

Only Fitzwater and Councilman Mark Schreiber voted against removal. Crews were on the scene early Tuesday morning tearing down the marker.