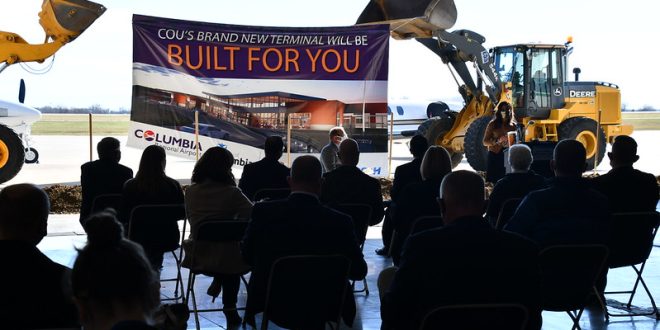 “And it encourages travel and tourism and it also encourages people to want to live in the area because it’s such a convenient asset and amenity to have. And now with this new terminal, it really takes it to a whole new level,” Tergin says.

The new terminal is expected to be completed by September and will open shortly after that. The terminal’s main funding source is a hotel tax approved by Columbia voters in 2016.

Mayor Tergin participated in the recent guided tour of the new terminal, and likes what she sees.

“Just taking a sneak preview, I’m amazed at the size. Just the things that they’ve added to make it more comfortable. And even having a jetway and having those things where you don’t have to be outside in the elements,” says Tergin.

Tergin also predicts many Jefferson City residents who aren’t flying will use the new airport restaurant. The new terminal also includes a storm shelter and a mother’s room.