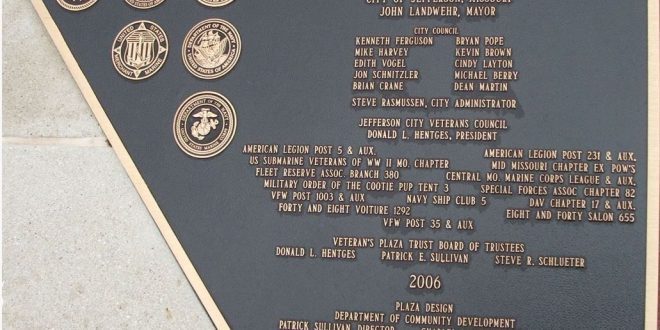 TAPS and a 21-gun salute are planned for Saturday morning’s rededication ceremony for the Jefferson City Veterans Plaza.

The ceremony starts at 10:30 am on the plaza, just outside the Jefferson City Police Station.

The guest speaker will be Missouri National Guard Brigadier General Charles Hausman. The plaza was dedicated in 2006, and this will be a rededication ceremony.

Previous 2,977 names of those killed in 9-11 terror attacks to be read Friday evening in Jefferson City
Next Columbia’s mayor to speak at Saturday’s 9-11 remembrance ceremony