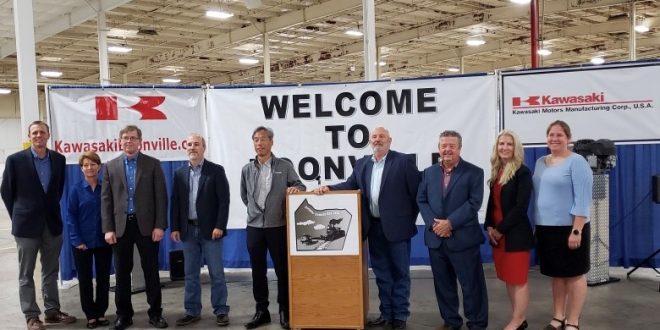 Kawasaki Motors Manufacturing Corporation has announced that it will build a manufacturing plant in Boonville, creating more than 270 new jobs.

Company executives, state officials and Boonville economic development director Gigi Quinlan McAreavy made the Wednesday announcement. Groundbreaking is set for this month, and production will begin in May 2022.

Kawasaki says the plant will make general purpose engines used in lawn and garden products. Boonville officials say the company wanted a site near I-70, and notes it will be just 20 minutes away from Mizzou.

Kawasaki Motors Manufacturing Corporation was the first foreign vehicle manufacturer to open a plant in the United States.

Boonville will be its second Missouri plant. Kawasaki also has a plant in northwest Missouri’s Maryville, and just completed an expansion there that added 110 new jobs.