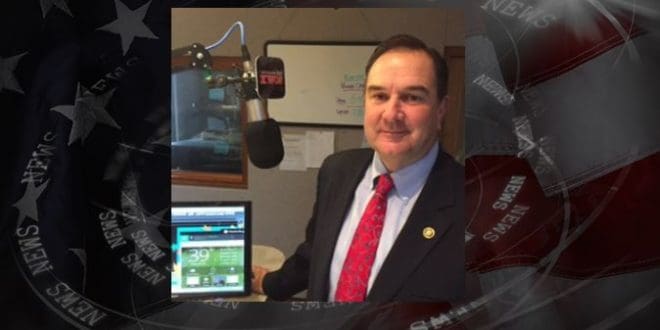 (Missourinet) Missouri’s lieutenant governor has made it official, announcing Monday evening in Jefferson City that he’s seeking a four-year term in November 2020. Mike Kehoe (R) made the announcement before a few hundred people at Memorial Park.

“Tonight, I stand before you knowing that more work remains,” Kehoe says. “After careful thought and prayer, Claudia (Kehoe’s wife) and our family have decided that we are going to run for lieutenant governor in 2020.”

Kehoe was appointed to the post last June by Governor Mike Parson (R), after Parson was sworn-in as governor following Eric Greitens’ resignation. Kehoe served in the Missouri Senate from 2010-2018, representing a mid-Missouri district. He was the Senate Majority Leader from 2016-2018.

Kehoe says his campaign is about leadership, values and common sense. He says one of his top priorities is veterans’ issues. He notes Missouri has 450,000 veterans, the fifth-highest in the nation.

He’s also pledging to focus on transportation and agriculture, if he’s elected in 2020. Kehoe tells the audience that there are obstacles in Missouri transportation.

“Great strides were made this year with the leadership of Governor Parson and the members of the (Missouri) House and Senate,” says Kehoe. “But a long-term solution needs to be found that’s acceptable to all Missourians, for the safety of our families and the reliability of our businesses.”

State lawmakers approved the governor’s $350 million bridge bonding plan this year, which is aimed at repairing or replacing 250 deteriorating bridges.

“And what greater opportunity is in this world than the promise that exists with every newborn child. That’s why protecting innocent life is my number one priority. Every child, born and unborn,” Kehoe says, to loud applause from the audience.

No Democrats have announced that they’re running for lieutenant governor, at this time.