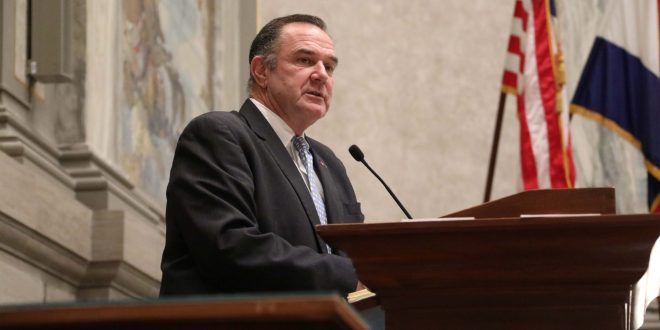 The lieutenant governor wants to be Missouri’s next governor. Jefferson City Republican Mike Kehoe is emphasizing his business background and legislative experience.

“Keeping a business guy in the executive branch that has run businesses across this state and understands both the ag economy and the urban economy,” Kehoe says.

Kehoe served as Missouri’s Senate Majority Leader, until Governor Parson appointed him as lieutenant governor in 2018.

Missouri’s Public Service Commission (PSC) has determined there is a need for the service, and that the service promotes the public interest. Missouri Farm Bureau and other commodity groups oppose the plan.

During a live interview on 939 the Eagle’s “Wake Up Columbia,” Kehoe told listeners that he supports legislation from State Sen. Jason Bean (R-Holcomb) aimed at blocking the project.

“I can tell you that Senator (Senate Majority Leader Caleb) Rowden has told me and many other people we will get to that bill. So I think there’s a path forward, but as you know the Senate’s been a little complex this year and I know we’ll get a chance to have some floor time on that bill,” says Kehoe.

Invenergy and Grain Belt supporters see it differently. They say it would be Missouri’s largest energy infrastructure project and would deliver millions of dollars in annual energy savings for 39 Missouri towns. They also say Grain Belt would support 1,500 construction jobs over three years.

You can hear the full “Wake Up Columbia” interview with Kehoe here.