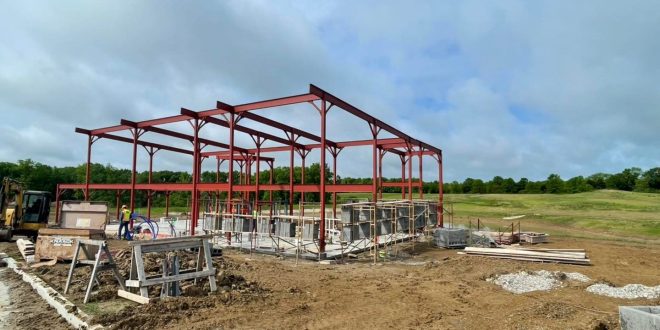 Construction progress continues on the outdoor movie theatre at Lakeside Ashland near Highway 63.

Lakeside Ashland has announced on Facebook that there will be a special event in July benefiting Tigers on the Prowl, which is a fundraiser that benefits six mid-Missouri non-profits. Developer Nic Parks predicts the outdoor movie theatre will be mid-Missouri’s best place to watch a movie or concert. The movie screen has been put up.