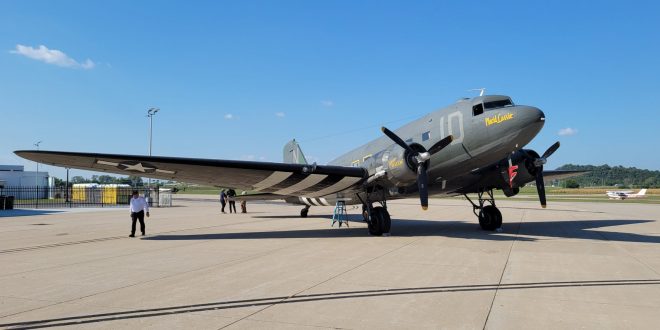 Airport manager Eric Bowers tells 939 the Eagle that Doc and Norm Direct provided shuttles from ABB throughout the day. The airport is across the river from the Missouri Capitol.

Attendees observed the planes and saw a total of 29 jumpers jump out of a 1942 C-47 over mid-Missouri. The event included the Victory Bells of St. Louis and an orchestra band.

The event honored World War II veterans in partnership with Dream Flights, a non-profit that honors military veterans and seniors with flights in a Boeing Stearman biplane.

Previous Columbia’s City Council to vote on budget and fire grant on Monday night
Next GP Made Foundation, United Way and others team up to provide books for CPS students in need