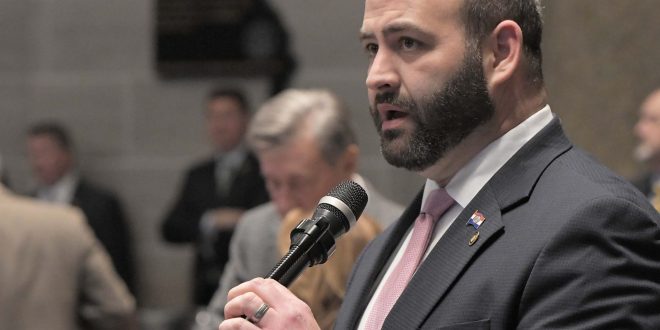 Legislation suspending Missouri’s gasoline tax for six months has been referred to a Missouri House committee in Jefferson City.

The bill is sponsored by State Rep. Adam Schwadron (R-St. Charles), in response to Russia’s invasion of Ukraine and rising gas prices.

“Looking at 19-and-a-half cents per gallon savings for the hard-working people of Missouri that are struggling to fill their gas tanks up as the price just keeps going up and up and up,” Schwadron says.

Schwadron spoke on 939 the Eagle’s “Randy Tobler show.” His one-sentence House Bill 2801 has been referred to the House Special Committee on Government Oversight, and he hopes to get a hearing this week.

“This would just be the state portion, the 19-and-a-half cents (state gasoline tax). There is talk on the federal level, it’s actually bipartisan talk, where you’ve got six Democratic senators calling for the suspension of the federal gas tax through the end of the year,” says Schwadron.

He’s talked to House Speaker Rob Vescovo (R-Arnold) and his staff about the bill.