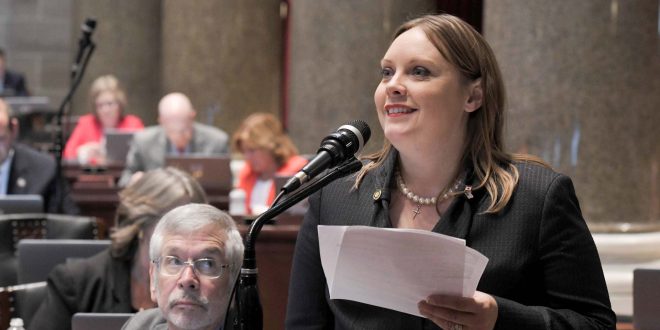 An Ashland state lawmaker who serves as the GOP caucus chair has pre-filed legislation to repeal Missouri’s gasoline tax increase.

State Rep. Sara Walsh (R-Ashland) says it’s an outrage that Missourians are being asked to pay more at the pump, when the state currently has an $8-billion surplus. She says her bill is aimed at helping the many Missourians who are struggling to make ends meet.

Missouri lawmakers approved the bipartisan gasoline tax increase in May: it increases the state’s gas tax by 2.5 cents per gallon for five years, for a total of 12 cents.

It was the first gas tax increase in 25 years in Missouri. The bill was a top priority for Senate President Pro Tem Dave Schatz (R-Sullivan) and for business groups as well.