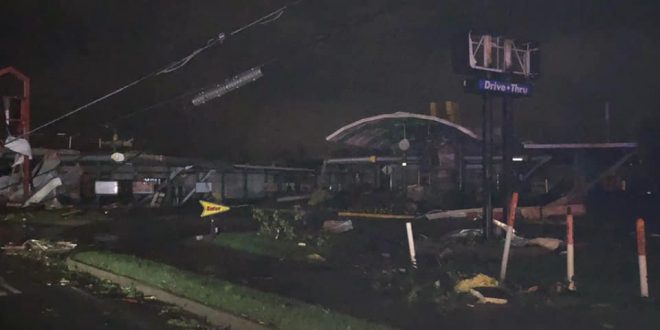 Some looters picked the wrong town to rob.

Jefferson City Police Lt. Dave Williams says they’ve had to arrest some folks looking to take advantage of the situation on the city’s south side.

“They were on stolen motorcycles, they were in possession of stolen firearms.  They had narcotics and made it very easy on the officers who contacted them to give them some place to stay for a couple days.”

A 9pm to 5am curfew is in place in the tornado damaged areas of Jefferson City.

Williams says inspectors have looked at about 1400 homes and businesses. Nearly 300 have been badly damaged or destroyed.