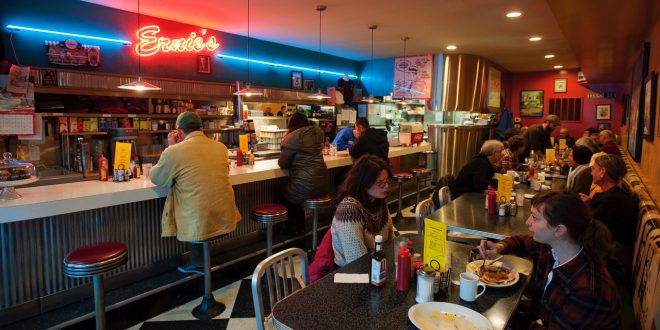 The television production crew appeared to have placed their cameras in the front of the restaurant, and a booth was set up for the show’s popular host, Luis Rivera, to interview Ernie’s owner Tom Spurling on-camera. Mr. Sprurling notes Ernie’s 88th anniversary is coming up, and he thanked Rivera for traveling to Columbia for the segment.

The segment runs about 16 minutes and has been posted on Youtube. You can see it here.