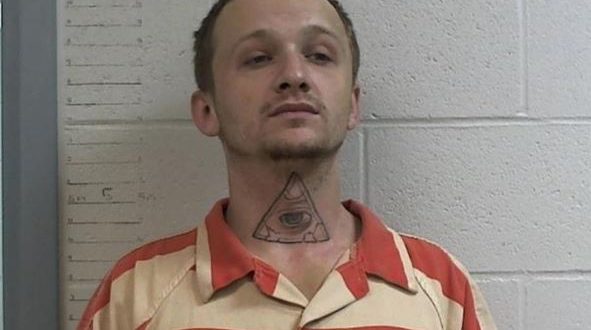 A man has escaped from Pettis County Jail.

Travis Davis is a 30-year-old white man with several tattoos, including one of an eye within a large triangle on his throat. He’s about 6’0″, 150 pounds, with brown hair and blue eyes.

The Pettis Co. Sheriff’s Dept. says Davis busted out of jail late Sunday night. He was arrested on charges of kidnapping, endangering the welfare of a child, and more.