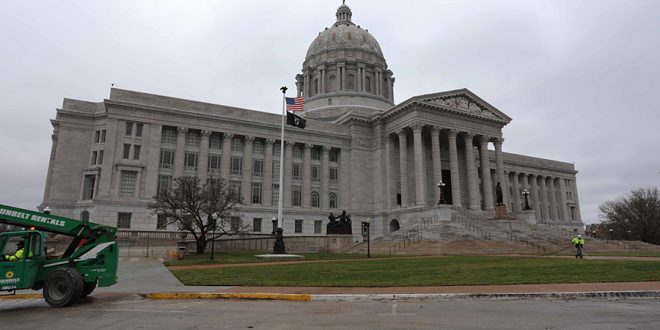 Mid-Missourians in the abortion debate view the future differently

Abortion-rights supporters rallied Saturday at the Boone County Courthouse in downtown Columbia, before marching down Broadway.

They were protesting the U.S. Supreme Court’s Friday ruling that overturned Roe versus Wade, and the “Columbia Missourian” says about 300 people participated. One of the demonstrators was Chimene  Schwach, who’s seeking to replace term-limited State Rep. Chuck Basye (R-Rocheport) in Jefferson City.

“And pretty much all day yesterday and even today while I was out knocking on doors people were all talking about how angry they are, how upset they are, how they can’t believe this really happened,” Schwach tells reporter Hannah Falcon at our news partner ABC-17.

Brattin, who’s received Missouri Right to Life’s exclusive endorsement in the race, says more than 60-million children have been aborted since 1973.

State Senator Brattin is critical of the congresswoman’s comments.

“It’s just absolutely appalling to think protecting life is racist now in America. It and just shows how out of touch and how radical she (Congresswoman Bush) is,” Brattin tells 939 the Eagle.

Brattin says he’s praying that the court’s decision is the start of “the restoration of our country to one that values life, respects the Constitution, and above all else, honors God.”