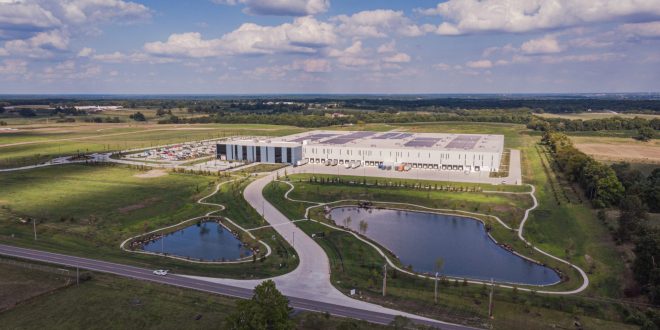 One of Boone County’s largest employers hopes to break ground by December on a new 130,000 square foot office building.

It would be located on MidwayUSA’s new campus at 40 and Route J in the Rocheport area.

MidwayUSA founder Larry Potterfield says the project has been tied up by supply chain issues. He expects to receive bids in December and plans to make a decision based on what the bids are.

“What I’m hoping is that one we can afford it. And two the weather is good that we can break ground this year. Otherwise you wait until spring to break ground,” Potterfield says.

He tells 939 the Eagle’s “CEO Round Table” that they plan to build a two-story Victorian brick building. He says MidwayUSA currently has 580 employees, with about 500 of them being full-time.

Meantime, you’ll notice about 1,000 trees when you drive near MidwayUSA’s massive distribution center. Mr. Potterfield describes himself as a “country kid” who grew up in northeast Missouri’s Marion County. He tells listeners that the landscaping budget at MidwayUSA’s facility is $1.3 million.

“And it’s all designed. I mean you think about how much of your life you spend at work, how many times you come in and out of there. What do you want it to look like? And so I want to smile when I go to work, and I want everybody else to do the same,” says Potterfield.

He founded MidwayUSA in 1977, when he was 28 years old. It’s now grown into an industry-leading internet retailer of about 200,000 shooting, hunting, fishing and outdoor products.