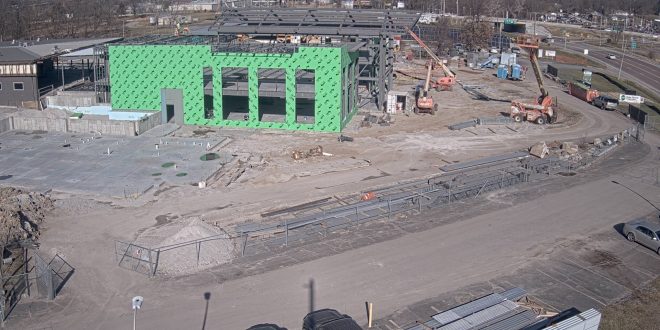 Columbia-based Boone Electric Cooperative expects its new headquarters at Rangeline and I-70 to be completed in 2022.

“This project, a lot of the steel is up. There’s some steel still to go up. We’re looking at a completion date in likely summer (or) early fall of this next year,” Culley says.

He says the project is being built, with members and residents in mind.

“I think the community is really going to enjoy the new community room, and I say community rooms because there’s going to be three conjoined there that can open up into one large one,” says Culley.

Boone Electric is close to finishing the vehicle storage building, which will allow Boone to keep its fleet indoors in climate-controlled conditions.

Boone Electric began in 1936 and was Missouri’s first rural electric cooperative. It began with 140 members and now has more than 30,000 members in Boone, Audrain, Callaway, Howard, Monroe and Randolph counties.