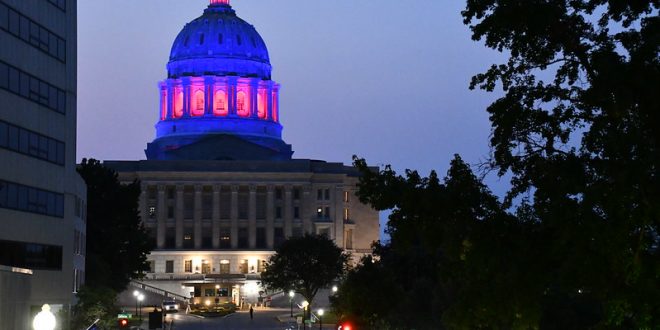 The Missouri Capitol in Jefferson City was lit red and blue on Saturday evening and early Sunday morning, to honor the victims killed in the 9-11 terror attacks (September 11, 2021 photo courtesy of the governor's Flickr page)

Governor Mike Parson ordered the dome to be lit red and blue, in remembrance of the 20th anniversary of the 9-11 terror attacks.

The governor says the Capitol was lit to honor all of the firefighters, law enforcement officers, first responders and all Americans who risked their lives and made the ultimate sacrifice.