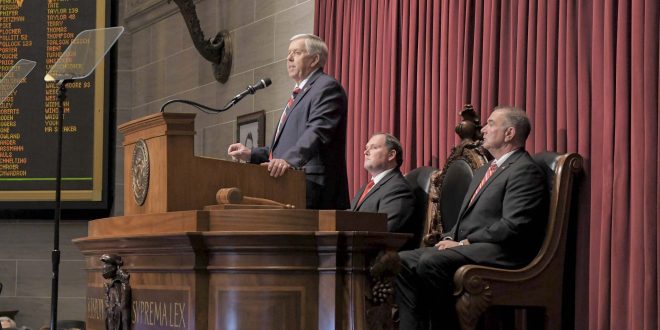 “This investment will increase access across Missouri for rural areas, but also urban areas that are under-served. With this plan, we will connect 75,000 households with high-speed broadband,” Parson says.

Governor Parson says the plan also includes $30-million in funding to construct and upgrade cell towers. Missouri’s broadband director has testified that there are about 392,000 residents who lack high-speed internet, either because it’s not available or they can’t afford it.

“The broadband, we’ve got two utility companies that are building broadband that need help to finish a project down there (southeast Missouri’s Bootheel). We’ve got people without broadband,” says Parson.

Chairman Rone says there are southeast Missourians who were not counted in the recent U-S Census, due to broadband issues.