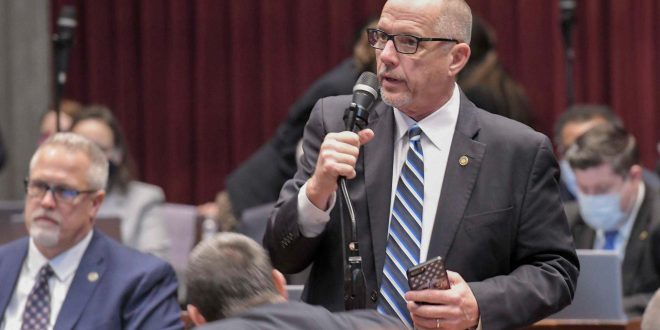 State Rep. Chuck Basye (R-Rocheport) says Hickman students were given an assignment that involved a music video called “This is America,” which Basye says features gun violence, murder and drug use.

Hickman’s principal has written a letter to Chairman Basye, saying the teacher had a warning by the video and that no students were forced to watch it. Hickman’s principal says the video was part of a lesson that was not taken for a grade and was used for purpose of discussion.

CPS spokeswoman Michelle Baumstark says Chairman Basye has never met Dr. Yearwood, nor has every tried to interact with him beyond submitting records requests.

Ms. Baumstark tells 939 the Eagle that Chairman Basye has an open invitation to meet with Dr. Yearwood.

Chairman Basye will appear live at 7:10 this morning on 939 the Eagle’s “Wake Up Columbia.”