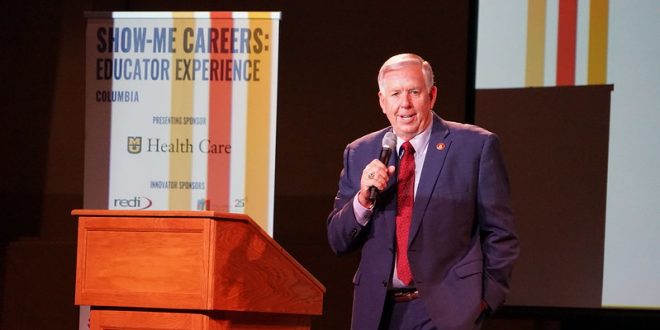 Missouri’s governor will be leaving Jefferson City Thursday afternoon for an overseas trade mission to Israel, the United Arab Emirates and Greece. The trade mission is being funded by the nonprofit Hawthorn Foundation.

Governor Mike Parson (R) says those three counties are existing trade partners for Missouri, with $126-million, $77-million and $12-million in 2021 exports, respectively. The governor will be meeting with company representatives in all three nations that have existing relationships in Missouri. Parson will thank them for investing in the Show-Me State.

Agriculture will be a key theme during the trade mission. In Israel, Governor Parson will meet with companies that have an existing presence in Missouri. They include Israel Chemicals Ltd., a leading global specialty minerals company. The governor will also participate in an ag-tech roundtable discussion with Orange Grove in Greece. The aim is to let Greek companies know about Missouri’s agricultural strengths.

During the trip, the governor and first lady will also lay a wreath at Israel’s official memorial to Holocaust victims.