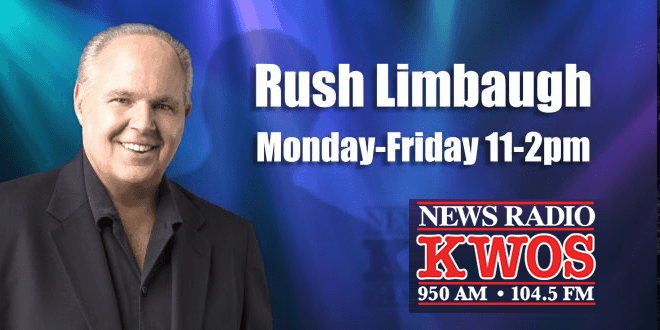 (AP) Missouri lawmakers are considering setting aside a day each January to honor the late Rush Limbaugh.

The Cape Girardeau native gained national fame before he died in February at age 70 after a battle with cancer. A Missouri Senate committee debated legislation Tuesday to designate January 12th, Limbaugh’s birthday, as “Rush Limbaugh Day.” A similar proposal is pending in the House.

Limbaugh was heard every weekday on our sister station KWOS.