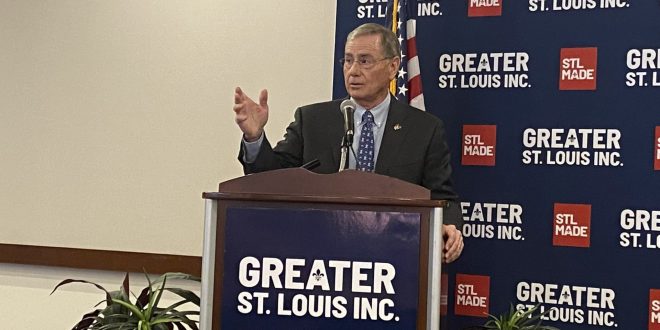 U.S. Rep. Blaine Luetkemeyer (R-St. Elizabeth) tells “Wake Up Columbia” that the issue is out of his hands.

“But I hope it’s done quickly. I hope the House doesn’t make any changes, but if they do I hope it’s minimal so we can get this thing passed and move on,” Luetkemeyer says.

He doesn’t want to see the courts involved in drawing new maps.

“My greatest fear is that start tinkering around with it in a way that the Senate then wouldn’t pass it down the road a second time. And then you wind up going to the courts,” says Luetkemeyer.

If the Missouri House doesn’t approve a new map by 5 p.m. today, the eight congressional districts enacted after the 2010 census will remain in place, at least for this election.

Columbia and Boonville are in west-central Missouri’s fourth district, under the current map after the 2010 Census. The Senate map would move Boone, Cooper and Moniteau counties to Luetkemeyer’s third district.

The Missouri House will gavel-in this morning at 10.