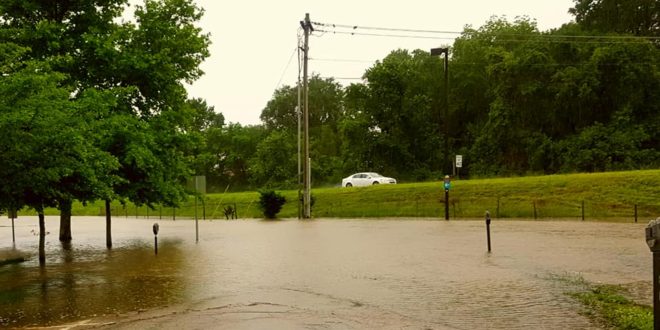 The Missouri River at Jefferson City is forecast to stay near 32 feet until it starts to fall on about Wednesday. Many low-lying areas near the capital are underwater, and several roads are closed.

Other parts of mid-Missouri are dealing with serious flooding too, including those near Brunswick. Highway 24 is closed near the Chariton County town west of Moberly. MoDot reports many other state roads are also closed.

Parson signed an executive order Monday directing National Guard members to help with response efforts in Jefferson City, where residents are still recovering from a tornado that struck last week.

The National Guard is also headed to Chariton County to sandbag around a stressed levee near the central Missouri city of Brunswick.

More could be in store.

Parson is urging residents to watch the weather and be prepared to seek shelter. A release from his office says more severe storms are possible in parts of the state Monday and Tuesday.