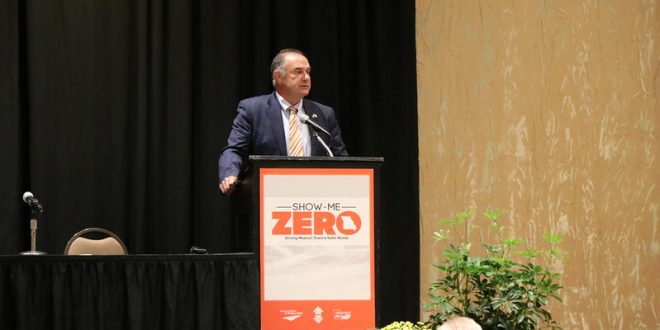 More than 500 transportation, law enforcement officers and other professionals from across Missouri are hearing alarming statistics about traffic fatalities during the 2022 highway safety and traffic conference in Columbia. The three-day event began Tuesday at the Holiday Inn Executive Center.

“I’ve been to several of these over the years both as a commissioner (Missouri Highways and Transportation Commission) and elected official (Missouri Senate Majority Leader and lieutenant governor), and this is the largest crowd that I’ve ever seen. And it just tells you that people are interested in trying to figure out how we prevent fatalities and unfortunately deaths on our highway system,” Kehoe says.

The state Department of Transportation (MoDOT) delivered several presentations, emphasizing that Missouri traffic fatalities have increased during the pandemic. The numbers have jumped from 881 in 2019 to 987 in 2020 and to 1,016 in 2021. That’s the largest increase in traffic fatalities since 2006.

Lieutenant Governor Kehoe tells 939 the Eagle that distracted driving is at an all-time high in Missouri and nationwide.

“Last year we had two MoDOT crew workers who were literally putting up signs in the St. Louis area. A distracted driver hit three people: one (was) injured and two fatalities. I went to both of those services,” says Kehoe.

Outgoing Missouri House Transportation Committee chairman Rep. Jeff Porter (R-Montgomery City) has filed legislation banning texting while driving for several years, and the bill has died in the Legislature. Chairman Porter is leaving the Legislature in January, after an unsuccessful Missouri Senate run in August.

MoDOT director McKenna has said that drivers using a cell phone were involved in more than 2,200 crashes in Missouri in 2021.