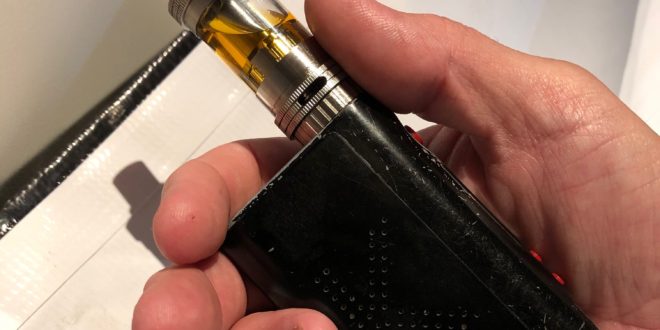 The Missouri Department of Health and Senior Services announced Thursday a man in his mid-40s died this week of an illness associated with the use of e-cigarettes.

Health officials said lung samples taken from the Mercy St. Louis patient determined the death was related to vaping. They say the man had normal lung function before he started using e-cigarettes in May.

The man, whose name was not released, was hospitalized with respiratory symptoms Aug. 22 and transferred to Mercy St. Louis Sept. 4.

The health department has received 22 reports of possible vaping-related pulmonary illnesses since late August. Seven of the cases, including the first death, have been confirmed and nine are still being investigated. Six other cases did not meet definitions provided by the Centers for Disease Control.