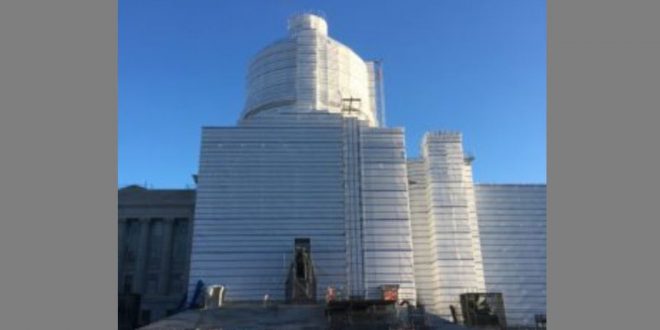 ORIGINAL STORY: (Missourinet) The Missouri Senate has been going since 2:30 p.m. Monday, but as of Tuesday morning was unable to break a deadlock over some proposed incentives for General Motors.

The auto giant is shopping around a $1 billion expansion to several states.

Lake St. Louis Republican Bob Onder is one of the conservative senators blocking it, even though the expansion would happen near him in Wentzville.

“[GM officials] told me it’s not as black-and-white as the governor has been making it,” Onder said Monday night. “The governor’s making it sound like the GM deal doesn’t happen unless his whole ‘Christmas tree’ package is approved, and it’s clear that that’s not the case.”

The governor is pushing $50 million in tax breaks for GM and some job training. The House has passed versions with and without the job training part, but the Senate has still gotten nowhere.

Missouri lawmakers are taking another shot at an incentives package offering General Motors up to $50 million to expand an eastern Missouri plant that makes trucks and vans.

The Republican-led House on Monday passed a new tax credit plan as Republicans in the Senate railed against the earlier proposal.

At issue is an effort to pair the tax credits for GM with another tax incentive program and a new scholarship. Both are among Gov. Mike Parson’s top priorities this session.

But lawmakers in the House and Senate conservative caucuses have derided those programs as offering free college and creating a slush fund.

The latest proposal doesn’t include those programs. Lawmakers face a Friday deadline to pass bills.