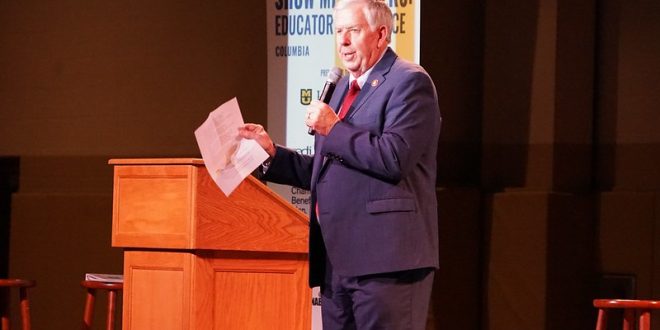 Missouri’s governor is calling on state lawmakers to approve an 8.7 percent cost of living adjustment (COLA) for all state employees.

GOP Governor Mike Parson has unveiled a $151-million supplemental budget request for the pay raise proposal. He says there are currently about 7,000 open positions in state government, and that this is an attempt by state government to stay competitive with the market. The governor wants the Legislature to approve the increase by March 1, so it’s included on state employees’ paychecks by March 31.

The governor is also calling for a $2 dollar per hour shift differential to state employees who work in congregate care facilities like state veterans homes and prisons.

Governor Parson hinted at the pay increase during a live interview on 939 the Eagle’s “Wake Up Mid-Missouri” last Thursday on-location at the Governor’s prayer breakfast in Jefferson City. He told listeners that state employees would be pleased with his proposed budget.

Governor Parson is expected to emphasize the pay raise plan during his January 18 State of the State Address before a joint session of the Legislature in Jefferson City.