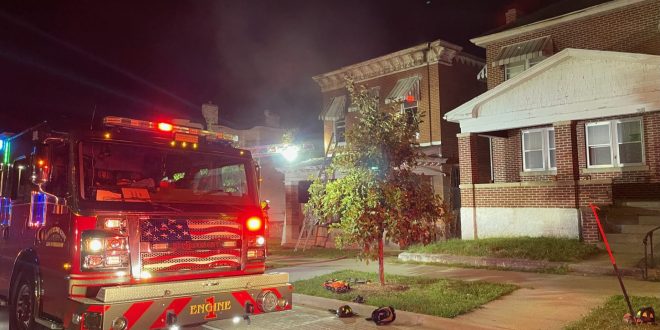 Jefferson City firefighters say a weekend blaze at a vacant home on East Capitol avenue remains under investigation, with the assistance of the Missouri state fire marshal’s office.

Saturday night’s fire happened in the 400 block of East Capitol Avenue, which is east of the Missouri Capitol building.

Firefighters were called to the scene at about 9:45 pm, and arrived to find flames coming from several windows in the building’s back. While no injuries are reported, Jefferson City firefighters say the home sustained moderate structural and smoke damage.